This is my second teardown of Ingress: version 1.44.0. Please read my first teardown where I begin by explaining what this is, if you are confused.

With that out-of-the-way. Here is my 2nd teardown of Ingress

I first discovered traces to these in our 1.43.0 teardown, but even more indications of this feature/change are showing up. The below code snippets are from css files and basic mesh/model configs. It is entirely possible that these changes are part of regional scoring and just are named strangely, either way there were some new images that I've attached below. 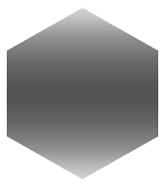 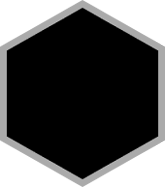 From the looks of it. It seems related to the medals based on the shapes, but I'm not sure. It seems this feature is close though as plenty of new resources from models and shaders have been added as shown below.

As we learned during the release of regional scoring. Features can be added into the APK, but not yet be visible (due to server sided checks). It's safe to say a good part of this "Glyph" feature is in the apk however.

It seems everything from artifacts, resources and particles have been changed. The diff report on all the object files (files used in the modeling of these bursters, resonators, etc) have been changed. I side-loaded (adb install -r 1.44.0.apk), and sure enough everything looks different :)

I don't care as much to investigate the obvious, so we will skip this.

It seems there was an accidental push of "test" data which has since been removed in 1.44.0. If you are interested in how "low-level" portal data is stored. This file shows it. (hint: install JSONView in Chrome to view it easier). It's pretty interesting to see the relation between portals, links, mods and players.

Yes, you heard me right. It appears widgets are coming. Reading the data, it seems we are looking at a  regional score widget, customized for your faction.

Rebooting my Nexus 5, thanks to a tip, and the widget is now usable.

It seems this release was used to refresh all the graphics, models and sounds. I can really only think of one reason to that. Ingress uses libgdx, and I think they are updating their models, audio and other resources to work flawlessly on their upcoming iOS version.

Literally every setting or option is now server side. This means Niantic can control most of the game without an apk update. This is always a step closer to unifying your work across different platforms.  Because everyone knows iOS app updates take a lot longer to be approved than Android :) My guess is that iOS version is very close.

With that, I end this teardown.