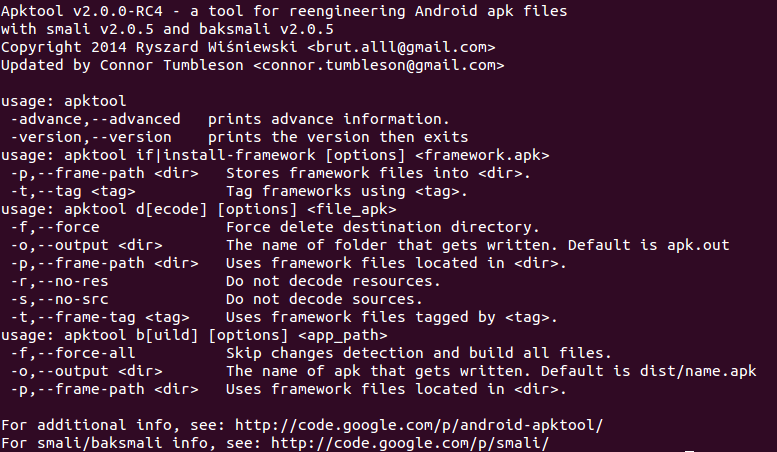 Apktool 2.0.0 RC4 has been released. I was going to tag this version as 2.0 Gold, but since RC3 introduced a completely written aapt that caused a plethora of errors. I've decided to hold another release candidate.

This released contained 47 commits by 6 people. 27 of the commits belonging to the updated smali release. Notable in this release is the fix that aapt introduced with implictly adding qualifiers. This caused resource directories to change from drawable-hdpi to drawable-hdpi-v11 as an example. This in theory shouldn't of broken anything, but bug reports proved otherwise.

Since Apktool isn't your "first" tool to build an APK. I determined it was best to just skip this step of adding qualifiers. 0xD34D from Cyanogen helped me figure that out.

There was no framework update in RC4, but if RC4 is your first version please delete the file at $HOME/apktool/framework/1.apk before trying RC4.