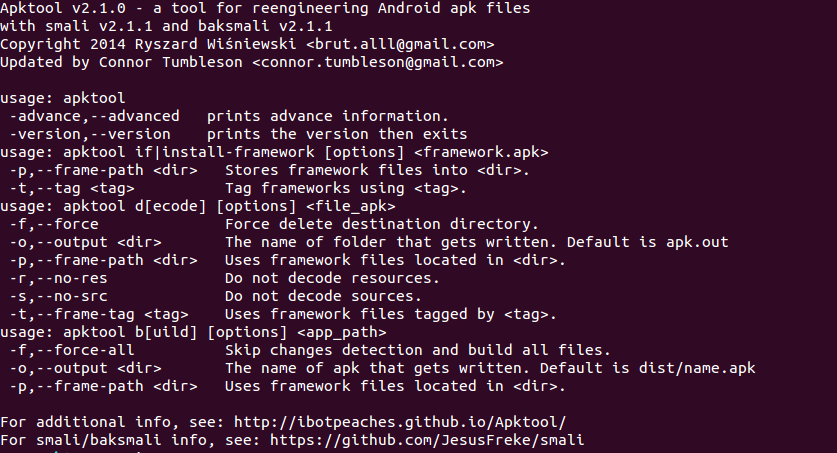 Apktool v2.1.0 has been released! This version brings a bunch of fixes and adds smali as a dependency instead of a gitsubmodule. It additionally removes the SmaliDebugging feature in favour of SmaliIdea (A plugin for IntelliJ to provide debugging for .smali files authored by JesusFreke).

This release had 30 commits by 7 people.