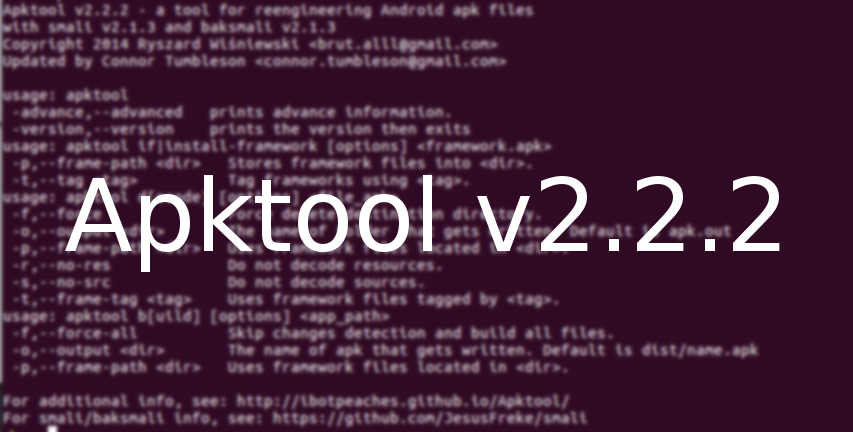 Apktool v2.2.2 has been released! This is a bug fix release for Android Nougat in addition adding Android 7.1 resources.

This release also introduces 32 and 64 bit binaries for the internal macosx and unix aapt binary. This was in response to upgrading the internal aapt to 64 bit and not providing any solution for the 32 bit users. While I don't think anyone should be using 32 bit at this point, it wasn't too much effort to additionally support this change. However, because of this our final jar for apktool grew by about 2.6mb.

This release had 25 commits by 4 people.

This version has a lot of changes related to aapt. More and more of our bugs seem to be problems at the aapt level as OEMs and other companies modify applications at the low level that aapt operates at.

The human behind the keyboard