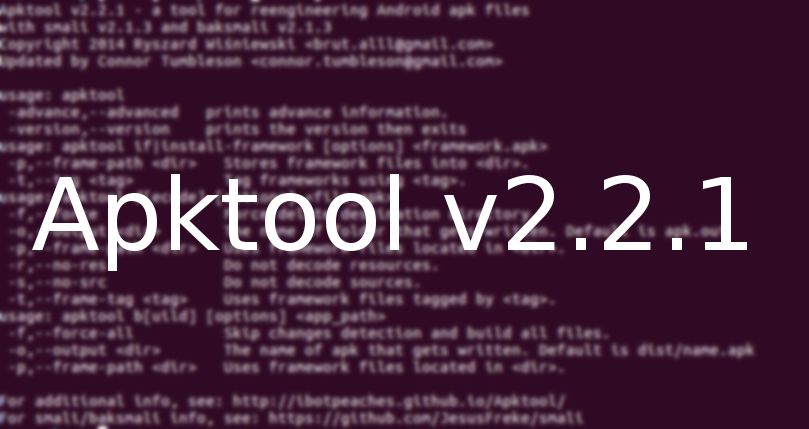 Apktool v2.2.1 has been released! This is a compatibility release for Android Nougat, in addition to bringing support for wiping the framework directory.

An additional command was added to help clear framework files. As frameworks moved locations in v2.2.0 the ability to find them in the file system became more difficult. While the move was for a good reason (to prevent cluttering $HOME), it made management of the frameworks difficult. The command apktool empty-framework-dir will dump all framework files. The full usage can be seen below.

This release had 15 commits by 4 people.

With the talk of Android 7.1 quickly approaching, version 2.2.2 will follow with bug fixes and compatibility.