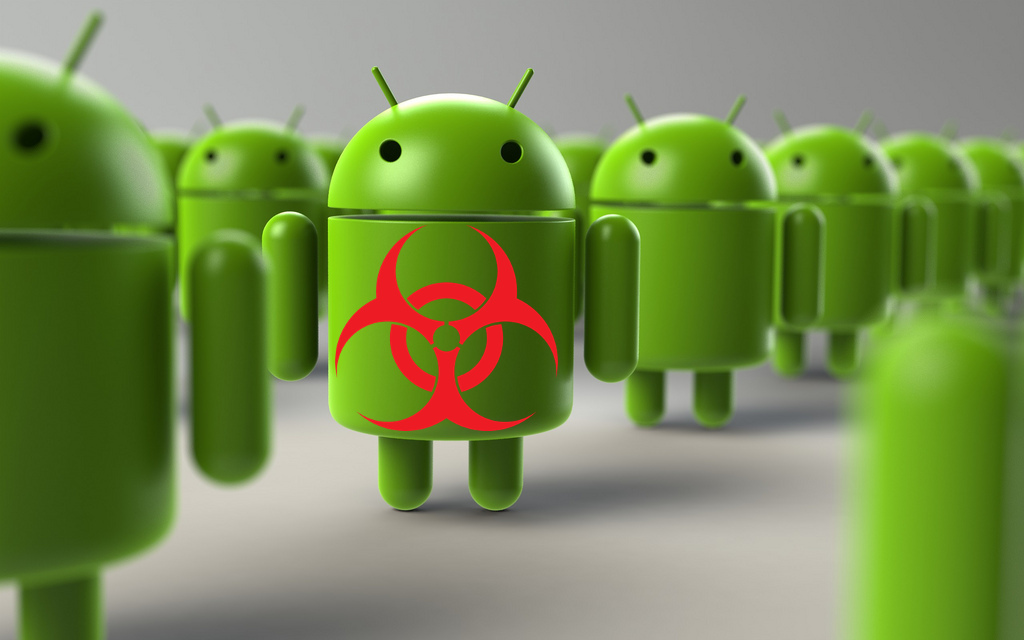 My first thought was confusion as Apktool is not a service, but a local application run by the user. So my perceived idea of what constituted a vulnerability did not blend. However, I learned these were valid issues that could be exploited in the wild, thus Apktool 2.2.4 was released quicker than our normal release cycle to resolve these.

As Apktool is open source, the fixes are public, but most can discover the intended exploits from the code so we will just go over them in hopes to draw people to upgrade to 2.2.4. Prior versions of Apktool greater than 1.5.2 but less than 2.2.4 are affected.

Thanks to Chris Shepherd (IBM Security) & Eran Vaknin, Gal Elbaz, Alon Boxiner (Checkpoint) who both reported this vulnerability within the same week.

This is more formally known as a XML eXternal Entity Attack, which when properly leveraged can preform denial of service, data theft and/or user enumeration. This occurs from processing and reading the AndroidManifest.xml file.

For example, lets build a test application with a malformed AndroidManifest.xml

This uses the external entity reference to build a URL to a website I own (ibotpeaches.com). At this point, in Apktool 2.2.3, while decoding the application an interesting entry is added to my Apache logs.

Which is a tad bit scary. Imagine the use case that crafty application developers inserted a special URL denoting application modification. Those using Apktool would unknowingly make a GET request to that URL exposing IP and potentially more information. The owner of that application could use that information to suspend/look into the user making the request.

This outlined a flaw in our weakly configured XML parser. Our initial fix was simply

Which prevented Apktool from reaching out to any servers even while decoding an application that contained a DOCTYPE declaration. This proved to not be sufficient which led to another XXE related exploit, which was also disclosed by Eran Vaknin, Gal Elbaz, Alon Boxiner (Checkpoint).

This is known as the XML eXternal Out-Of-Band Attack (slides from Blackhat EU 2013) which pivots the XXE category of attacks into a far more sophisticated approach.

The idea is to point an XML file, via a crafty block of a text, to an evil server you control in order to load another file.

This was an example I spun up with a local server to feed this evil.xml file back.

As you can see, we are going to do some interesting leaps here. These are the steps an application takes being decoded with this malicious setup.

However, this is creates an evil file that is specific to one payload and one domain. I need more control than that.

Thankfully, someone has created something for just that. Thanks to joernchen for creating xxeserve - a little ruby app to create a local server serving an evil file to help pivot attacks to any file based on the query string.

This makes our evil file

So for example, I'm going to put a fake file in the root of my file system to demo an extraction technique.

A file in /hi has the contents of exploited. It's important to note that the contents of the intended file have to be characters that won't cause our XML parser to choke. This means binary, newline characters and others like > depending on the parser (Java Xerces in the case of Apktool) might get rejected and thus fail. So lets decode this nasty application and watch our server logs.

What an interesting attack. The initial request was the GET parameter of f=/hi, which corresponding to the host machine file location /hi, which read the contents back into the query string and sent another request as /?p=exploited which shown above was the contents of this file.

We fixed this again tweaking our parser with a few more rules.

which seemed to finally put to rest all the XXE attacks. However, another vulnerability was discovered by the Checkpoint team regarding the unknown files feature of Apktool.

Applications since the beginning of time have been adding files to the package that Android does not know about. This may be a license file in the root of the project or some asset hidden in a custom folder structure outside of the Android asset organization.

This feature has seen lots of bugs (some still there) in regards to this feature. Imagine an application with 2,000 unknown files with a variety of extensions. Apktool will record the relative file path to that file with the compression type of it. This leads to a yaml block like so

This is the result of lots of tests and changes. In the past, we simply recorded the extension of the file. It was easier to say, "All PNGs that are unknown are deflated" instead of listing all 50 PNGs in the application. As you can imagine, we hit the use case where similar extensions were stored different. Additionally, files with no extension or special characters broke this use case.

So we went back to recording the full relative file path of all unknown files. This is actively broken on Windows in some situations as the command generated exceeds the max length of a single command.

So this is where the bug comes into play. Imagine the following use cases

This shows the most basic of vulnerability. If Apktool had permission, it would reach out to those locations and build those files into the final application. This does not seem feasible to exploit as you would need to provide a malicious apktool.yml file for the user to use.

However, what if you designed a malicious application with fake unknown files in order to build a path structure that would resemble that? Perhaps you could create a fake directory tree in your application that corresponds to a file outside the hierarchy of the decoded application. This whether intentionally or not was discovered during the 2.2.3 release as an application contained a ".." folder name which caused some issues. This created the file path of

Which as you can see escaped the hierarchy of the application and could be maliciously built into other applications in order to exploit this. Though, further examination makes this rather difficult to actually execute as the only vector affected would be those online services that automatically decodes applications behind the scenes using Apktool.

You could create a fake application with a path in order to extract a file (perhaps a shell) into the file system into a web accessible location. The reporters of this exploit (Checkpoint) hinted at the following path

This would be detected as an unknown file in that location and thus when improperly parsed would drop the file in ..\..\..\..\..\..\etc which as you can see could be quite dangerous. In a real situation this would require knowledge of underlying server technology and permission to whatever location to write files. This was fixed in two different ways.

Our first patch (help from Marvin Killing) simply ignored files that attempted to pivot out of the directory hierarchy. This did not fix people intentionally making the apktool.yml file malicious but fixed the problem at hand with malicious applications pivoting outside the decoded folder with an intentionally dangerous unknown folder structures.

The next patch I constructed from the help of community research was a simple Java patch against directory traversal. This was basically a copy and paste from StackOverflow as embarrassing as it is to admit. However, when it comes to security related fixes in a field I know I'm not 100% confident in, I'm willing to trust a commented and reviewed post to jump start my attempt.

This resulted in a new function to sanitize our file paths of unknown files.

This as shown, and proven in tests, prevents 3 types of attacks.

Apktool will die out (quit) if it encounters these situations. The idea behind this vs silent ignore is that it is no longer possible to create an application that automatically decodes to one of these 3 invalid paths. The only method to obtain this is manual editing of the apktool.yml to create this malicious purpose. At that point if you are manually editing files to do this or was led unintentionally via some tutorial to do this, Apktool will now issue an error and quit.

The error is descriptive and will tell the user exactly why things failed. With that solved, all currently reported vulnerabilities were fixed. I'd like to thank both IBM Security & Checkpoint for the responsible disclosure.

For details on the release of Apktool 2.2.4 please head to the release post for more details.