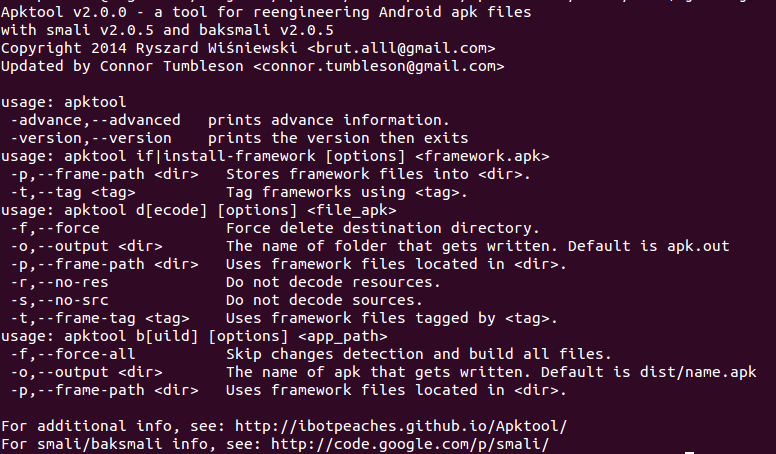 Apktool v2.0.0 has been released! The 2.x release was started on May 19, 2013. Almost 2 years later it has finally been released. Now, we have had beta releases and release candidates for awhile so we didn't have a blackout of apktool for 23 months.

This release had 49 commits by the following 6 people

With the release of v2.0.0. Apktool will adopt Semantic Versioning.

If this is your first v2.x release. Read the migration instructions here.

Android 5.1 support was added, so please delete the file at $HOME/apktool/framework/1.apk before trying 2.0.0. A change in the internal framework requires this file to be deleted.