I started playing Destiny on September 9, 2014 and had no idea what I had just begun. It took three years for me to put the game down.

Destiny is an online-only multiplayer first-person shooter video game developed by Bungie and published by Activision. It was released worldwide on September 9, 2014.

This is shown via time wasted on destiny. This also showed the breakdown per class of character.

Destiny brought competitive multi-player & team based combat against the computer. This pair of PVP (Player vs Player) & PVE (Player vs Environment) was a combination that kept me hooked. Whenever bored of the other activity, I could swich to the other.

I was still in college when this game began, which became an outlet to connect with friends. We played a lot together and sometimes I played too much.

For a few days out of the past 3 years I played more than 13 hours in a day. I am not a streamer, I was not paid to play. I was simply addicted.

I additionally had 21 days between 9 and 12 hours of game play. So where was I fitting all this time playing?

The clan I was a part of - that I designed quite a website for - PandaLove did something we called "Raid Tuesday". Tuesday was the day the game "reset" and allowed you to do activities again earning gear. So at 4am CST every Tuesday that reset would happen.

Our group was spread among 3 timezones, so Raid Tuesday became a thing. Every single Tuesday our group did the hardest available content. Blasting through it from 4am CST until someone had to leave. I embarrassingly skipped class a few times as a victory in these complicated challenges felt more successful than sitting in a boring class.

As we completed these challenges, we began taking "group" photos. 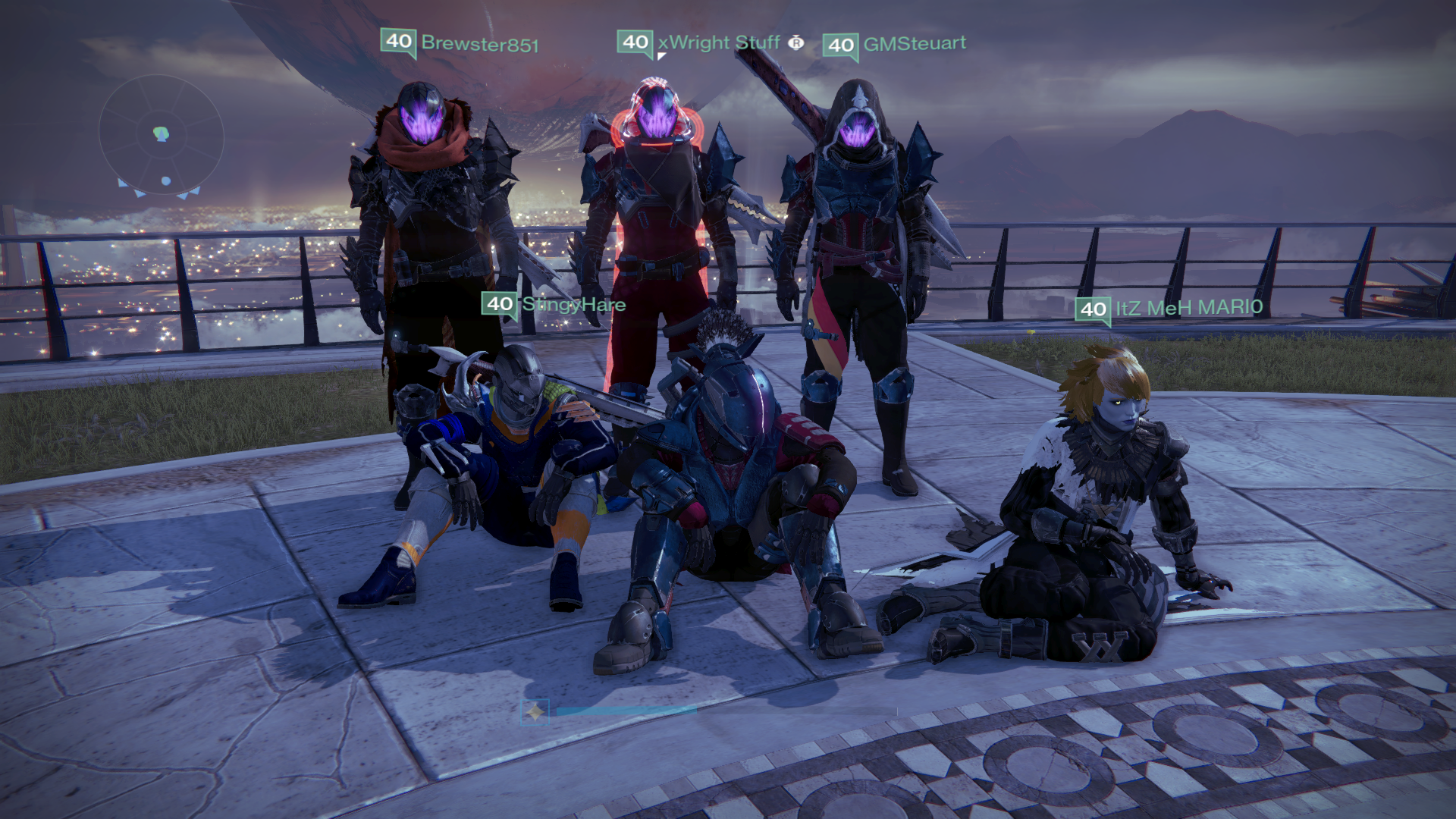 This was a way to remember the members of the group who completed the activity. This was a PVE activity (as mentioned earlier) so what did I do for PVP?

Destiny had something called Trials Of Osiris which began at 1pm on Friday and lasted till "reset" (Tuesday 4am). This was the competitive PVP itch I needed to scratch. Grab two other friends from the clan and you were ready to enter a 7-9 game challenge to attempt to win. Winning in this mode was visiting the "Lighthouse", an area reserved for those who went flawless in victory.

This area shown above was my addiction. Three characters meant three chances a week to reach that area. That was at minimum 21 games required, however this game mode only launched at 1pm Friday ending at the 4am CST reset on Tuesday. This basically meant you had the weekend and Monday to complete this task.

I didn't always succeed, which led to retries and failure to completing all three characters in that weekend. 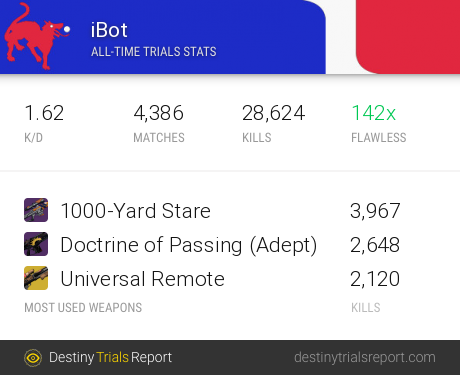 As shown above, I played a bit too much of this game mode logging nearly 4,400 matches throughout my time, but keeping a 1.6 kill/death ratio throughout that time frame wasn't easy either. I've talked about this before, but I was in the top 1000 players on Xbox.

As friends and clan members left the game or took breaks, they lost the ability to compete at the level of competition my account would draw. Once you hit a certain rank, you recognize the other accounts at that level. Whether organizing teammates or fighting against others - you would recognize the names.

This is where mistakes really began for me. I stopped playing with the friends that I knew in real life, because it normally resulted in losing. When we did play together, I became a toxic mess attempting to reach that victory. I chose the random gamer who shared my rank instead of my friend. This continued for months until it backfired.

I don't remember the exact details, but I was in roughly the top 500 players so my teammates at this point were way better than me. They must have given up looking for players early in the morning and settled for me.

We played and played and destroyed the competition. I was climbing ranks faster than ever playing with gamers much better than myself. We then ran into a game against the #16 gamer on Xbox. My teammates were excited to play this individual, I made mistake after mistake in that game ultimately causing us to lose. These individuals yelled non-stop at me and vowed to never play with me again.

It was one loss, but it was enough to crack me from this fake charade I was living. I began playing with real life friends, losing and having fun. Losing the useless internet points I once craved. I would grab a friend and find a gamer who had never won before. This gave me the title of "Sherpa" after a few successful wins. My stats weren't great, but we had fun with friends.

Destiny then ended that game mode permanently in preparation for the 2nd iteration of the game. Without that game mode to draw me back every week, I didn't play Destiny anymore. The addiction was broken.

The Safety of Repetition